The PANCAP Coordinating Unit presents a series of three (3) animated videos which seek to synthesize data related to the Region from the UNAIDS Report, ‘Ending AIDS – Progress towards the 90-90-90 Targets’.

Almighty and ever-living God, ruler of all things in heaven and on earth, and by whose grace we have been called into a goodly fellowship of faith: Send down upon our bishops, other clergy, and all your faithful people an outpouring of your Holy Spirit for the renewal and mission of your Church. Give us a vision of where you would lead your Church, and so discern new things that you are doing in your Church and the world. By your grace, save us from unnecessary distractions, so that we may be able to determine your will for us, go forward perceiving that which is right, and have the courage to pursue the same, to the end that we may utilise the gifts which you have given to each of us for the furtherance of your will in simplicity, confidence and steadfastness; through Jesus Christ our Lord.
Amen.

O God our Father, whose will it is that your people should live in ordered societies; inspire the people of this nation with the spirit of justice, truth and love; and so guide our leaders, and all who make decisions on our behalf, that they may direct our affairs in righteousness and peace; that we may live in peace and harmony and to your honour and glory; through Jesus Christ our Lord, who lives and reigns with you and the Holy Spirit, one God now and forever.
Amen. 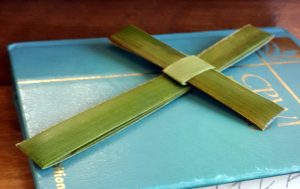 This is to inform you that the final session with the facilitator trainees was held on Thursday, June 29.  The first, 9th and 10th sessions were at the Church of St. Margaret’s Hall; the intervening seven were held at Church of the Ascension.  Each was scheduled for 4 hours.  Persons could not all arrive by 3:00 pm (though some faithfully did), so we were usually in full swing by 3:30/3:45, and the sessions concluded by 7:00 or soon after.   The sessions were led by two professionals, Linda Craige Brown and Colleen Wint Bond, both founding members of Parenting Partners Caribbean (PPC) – a consortium of professionals working in the field of parenting from 1991, developing Caribbean materials, conducting training and research, etc.  I provided the logistics support (recruitment, notifications, communications between sessions, refreshments for each session, and (because I am also a founding PPC member) sometimes participated in the discussions.
The aims were primarily two:  (1)  to have all participants experience what being part of a participatory parenting session should be like, via guided activities and personal sharing of experiences; and (2) drawing from the experience and observations of the guiding team the implications for leading such a group within a community setting.   These objectives by all accounts of the participants were achieved.  The levels of skill and confidence that resulted from the training varied with the previous experience, education and exposure of each person.  But as teams, they should be quite capable of beginning the task of offering parenting supports within their selected communities.
Although we began with 20 persons interested, the difficulty of getting dates and times for sessions that were convenient for all was impossible.  Most wanted to finish before summer school holidays, so we finally opted for Tuesday  and Thursday afternoons, starting March 25 and ending June 29.  Ultimately, we ended up with a core group of ten who completed the required last two days of practicum exercises and who committed to working in teams for the future.  Of these ten, three started late, attending 4, 5, and 6 sessions; seven others attended 10 sessions (2) 9 sessions (3) 8 (1) and 7 (1); another came three times before getting a job that precluded her participation.  Unfortunately only one participant was male; the rest female.  We had one session specifically aimed at the importance of engaging fathers in sessions, as the inputs of both parents with their children are essential, wherever possible, for optimum child development and well-being.
The trainees left the final session equipped with a DVD version of the PPC manual, which provides facilitator guidance and materials for 32 sessions on common parenting issues; they also had quite a few handouts from the course itself, from the experiential sessions they had on topics such as child development, building self-esteem, parent-child communication, behaviour management, the importance of fathers.  They all had positive things to say throughout about how much they were learning – not only about facilitation, but about themselves as parents, as partners, and colleagues.  The feedback from the group was very gratifying, and they expressed at the end that they felt like a “real family” that needed to keep meeting and supporting each other.
The facilitators have agreed to meet with the group in six weeks; in the meantime the participants in groups of two and three, will recruit up to 15 persons to attend a first workshop which they will deliver.  The facilitators will attend these if possible to support their efforts.  The meeting in six weeks will assess their confidence in proceeding with further parenting workshops/courses.
The funds for this exercise (and the whole USPG grant) is now expended.   If we are to build on and strengthen this initiative, we will realistically need further funds – to support the continuing participation of the professionals, to aid the trainee teams with at least minimal supports for such basic resources as learning aids, refreshments, etc.  For the first workshop, we have left them on their own to solicit help from their own congregations/community groups for these purposes.  But that is unlikely to be sufficient impetus for these fledgling teams to continue into the future with significant ongoing work.
Regards,
Janet 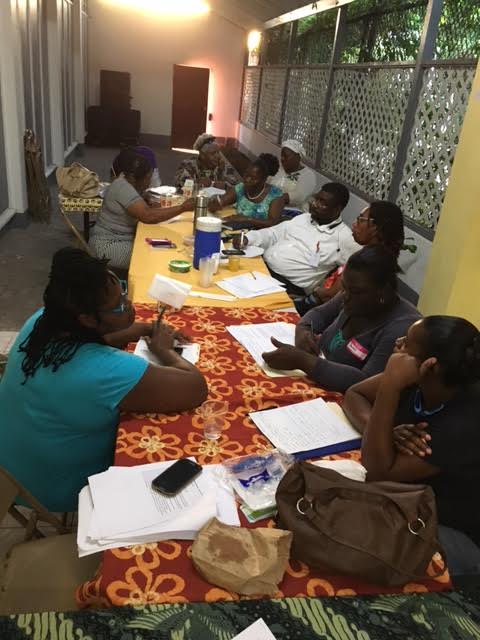